Lilah, along with Elissa and Sam, was one of the founding members of Catamount Creek Ranch.  She came from a facility in northwest Colorado in 1998 which Chris, our founder, managed.

Due to a misunderstanding of mountain lions, her previous owner had her canines filed flat.  Because of the inferior quality of this initial dental work, Lilah experienced abscesses and other dental issues throughout her life.  She underwent multiple root canal surgeries in an effort to correct and heal the initial dental work.

Despite these issues, Lilah was an amazing cat.  Because of the deep levels of trust and respect between Chris and Lilah, she was very protective of him.  One afternoon Chris was found asleep in her hutch while she wrapped herself around him and groomed his face and arms with her tongue.  This is how she earned the nickname “Mama Lilah.”

She had amazing levels of energy and played many games with Chris in the larger enclosure.  Hiding in the bushes and play-pouncing on him when he least expected it was one of her favorites.

Unfortunately Lilah passed away in early 2010 at the age of 19.  A special area of the enclosure is dedicated to her memory. 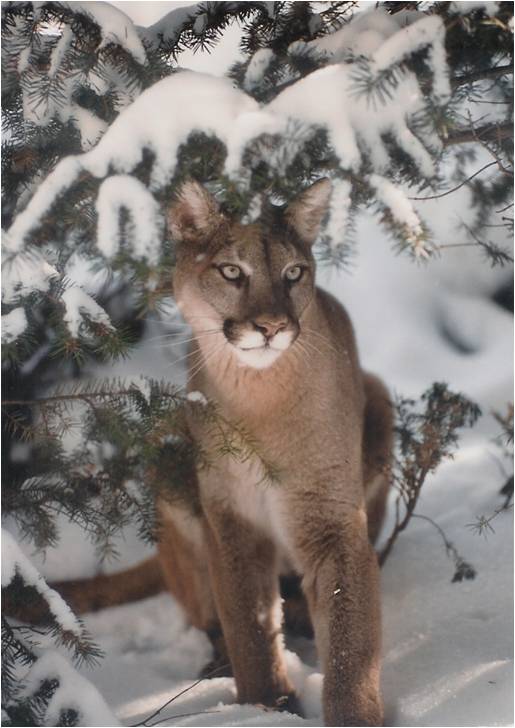